Tongue-tie Symptoms and Early Treatment for Infants - On The Cusp

What is tongue-tie, and how does a frenectomy work?

Tongue-tie is a condition that restricts the movement of the tongue. The underside of the tongue is so tightly connected to the bottom of the mouth that movement and function become restricted. A common and probable example is a speech impediment, but many other symptoms pose a larger threat. Tongue-tie could stunt a baby’s development, which is why solving the problem early on is the best solution.

Because it is so important for the tongue to function properly, the process for a frenectomy is precise and refined.

It involves releasing the frenum under the tongue. Releasing this allows the tongue to move much more freely and begin to properly develop.

Lip-tie is frequently found in tandem with tongue-tie, and a frenectomy is a surgical procedure that doctors use to solve these issues. This allows your mouth to function and develop in its intended fashion.

What are the symptoms of tongue-tie?

Tongue-tie and lip-tie have been associated with genetic factors, but the causes are still unknown. The condition can pose many problems in children such as issues with breastfeeding, dental decay, speech impediments, digestion problems, and poor facial development. For a toddler, treating a tongue-tie early on is essential to promote proper development. Although tongue-tie is more common in infants and children, many adults also undergo frenectomies.

Without treatment, tongue-tie can cause serious issues with mouth development in infants and toddlers. It is also known to be a risk factor in developing sleep apnea.

Nutrition is such an essential part of a baby’s development, and tongue-tie can interfere with their appetite. It can also cause problems with a baby’s ability to feed and digest properly.

Recent dental studies found that tongue-tie symptoms tend to occur in domino effect. One problem leads to another, but tongue-tie is often the first domino to fall.

How a frenectomy prevents complications

Tongue-tie causes problems with breastfeeding which often leads to undernourishment and reflux complications. It can be a major reason a child isn’t developing properly. Underdevelopment can cause many other problems down the road, the mouth being vaulted, which means it’s misshapen and arched at the top. Restricted and underused nasal passages is another misfortune connected to tongue-tie.

On the Cusp wants to let everybody know that there is no reason to be nervous about the procedure. Although having surgery on your tongue sounds quite intimidating, On the Cusp’s founder and frenectomy specialist, Dr. Ryan Roberts, is adamant about how important it is to catch tongue-tie early.

Consequences of waiting to treat tongue-tie

Robert’s starts by highlight the fact that many parents might not “connect the dots” from the symptoms their kids are having and tongue-tie. Problems with breastfeeding and digestion are signs of tongue-tie. Mouth-breathing is another possible indication of a tongue-tie or lip-tie, which tends to go hand-in-hand according to Dr. Roberts.

Dr. Roberts has performed frenectomies on patients of all ages and has even had one himself. He is the leading expert in the area, and he says the procedure only takes about 10 minutes for both the tongue and lip.

“An infant’s palate is as soft as a drum, and if they are born with a tongue tie the roof of their mouth is already vaulted,” Dr. Roberts said.

This means the mouth forms in an upward fashion, like the roof of a house. Early treatment becomes a major priority if deformation is present on the tongue or in the mouth.

The laser technique used at On the Cusp is easy, fast-healing and is the preferred way to perform a frenectomy on an infant. The laser eliminates the unwanted tight tissue using light energy. The procedure involves almost no bleeding, minimal discomfort, low risk of relapse and it amazingly stimulates bio-regeneration and healing.

The procedure by-in-large produces positive results with tissue that heals beautifully, and it poses a much lower risk of relapse than other medical techniques. The laser technique is so safe that even a one-day-old baby could receive a frenectomy.

Many recent studies released on frenectomies indicate benefits for laser treatment, but Dr. Roberts says there are no benefits to laser over scissor surgery. The only preference he admitted to is he usually uses the laser on infants and scissors on the older kids.

On the Cusp is the trusted, go-to place for children in the Tulsa area with tongue-tie concerns. Dr. Roberts and the team are more than capable of helping ensure the wellbeing of your child. 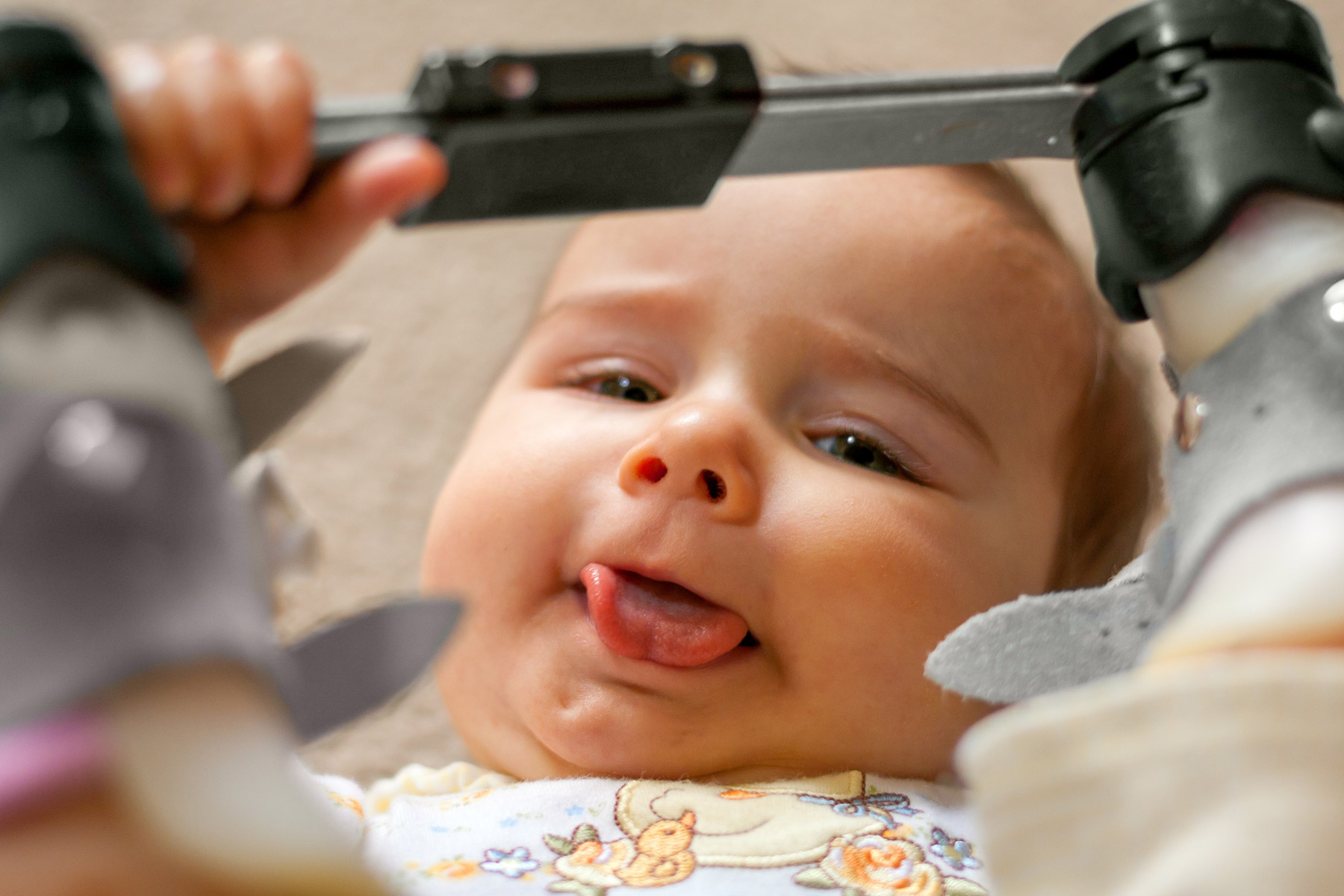